Catherine Venner reports back on SELTA’s literary translation events in Edinburgh in the autumn of 2019.

Catherine Venner is a translator of German based in Durham. However, she has a sideline in Swedish and became an Associate Member of SELTA in 2018. SELTA’s Edinburgh workshop offered her the chance to get her feet wet with colleagues working in Swedish-English.

At the end of October, I travelled north to Edinburgh for a very special event: I was going to the SELTA Emerging Voices literary translation workshop and Swedish Speed Bookclub. It was to be my first time attending any SELTA event, so I had been looking forward to it with a mixture of curiosity and a little nervousness, not to mention the fact that I had no idea what a Speed Bookclub was!

As it turns out Speed Bookclub is a fantastic way of getting to know books and their authors in a more informal setting. SELTA had invited four authors; Balsam Karam, Adrian Perera, Kayo Mpoyi and Joel Mauricio Isabel Ortiz to attend the Speed Bookclub and workshop. They are all debut novelists whose work has not yet been translated into English, so members of SELTA provided handy translations of excerpts from each novel so that the Speed Bookclub was accessible to everyone whether you read Swedish or not.

As participants, we separated into small groups of four or five and visited each author and translator at their table for about 20 minutes before moving on to the next table. Although I had initially felt slightly daunted by the prospect of such an intimate setting with the authors, they and the translators were happy to fill us in on the synopsis of their books and to talk about the general themes running through their work. The authors, translators and participants enjoyed chatting about these topics so much that there was often a reluctance to stop when it was time to move on to the next table. Having visited many book presentations and panels before, the Speed Bookclub was a refreshing change that offers people like me, who feel very self-conscious asking questions in front of an audience, the chance to have my curiosity about the novels satisfied in a friendly and relaxed setting. The conversations and ideas carried on into the following wine reception sponsored by the Scandinavian Studies Section at the University of Edinburgh. 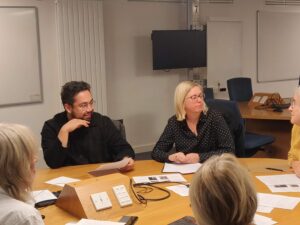 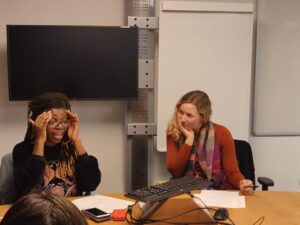 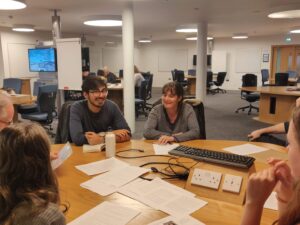 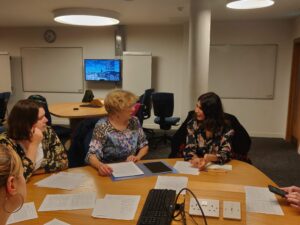 The next morning, we met bright and early at 9 o’clock in the rooms back at the university to start our translation workshops. In attendance were not only members of SELTA, but also students, members of the public and translators from other Scandinavian languages, who were all curious to learn more about the challenges of translating the “emerging voices” of our four authors. After a fascinating presentation about diversity in literature by Anja Tröger, the morning workshops began with Balsam Karam and Adrian Perera presenting their novels. Balsam’s “Event Horizon”, driven by her love of astronomy, illustrates the problems facing social outcasts whatever the place and time, while Adrian’s “Mama” set in 90s Swedish speaking Finland is designed as a horror story about what happens when there is no common language. We then split into two groups, each with one of the authors, to discuss the novels and translation excerpts in more detail. 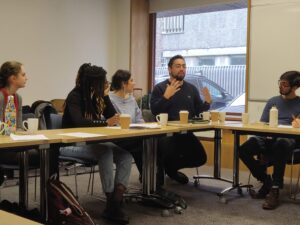 After a lovely lunch and some good chats among the participants, the afternoon session kicked off with Kayo Mpoyi and Joel Mauricio Isabel Ortiz introducing us to their work. Kayo’s “Mai Means Water” is based upon the myths told in her family, while Joel’s “A Story of a Son” is an exploration of how bad things can get and is definitely not autobiographical. The following workshops with the authors provided valuable feedback about how they as authors would like to see their work presented in another language and how, as a translator, you can sometimes set off on the wrong track and only realise it right at the end.

Before we knew it, the workshops were over and we were all heading back to our various homes across the country and beyond. As a first-timer, I absolutely loved attending this event, meeting the friendly and welcoming members of SELTA and taking part in extremely interesting workshops that provided input for translation whatever your working languages (for the sake of full disclosure, I should also add that I am actually a German translator, who reads and loves Scandinavian languages). To conclude, I would like to thank Ian for organising such a wonderful event, the authors for their input on our translations and everyone who helped make this an absolutely wonderful event. 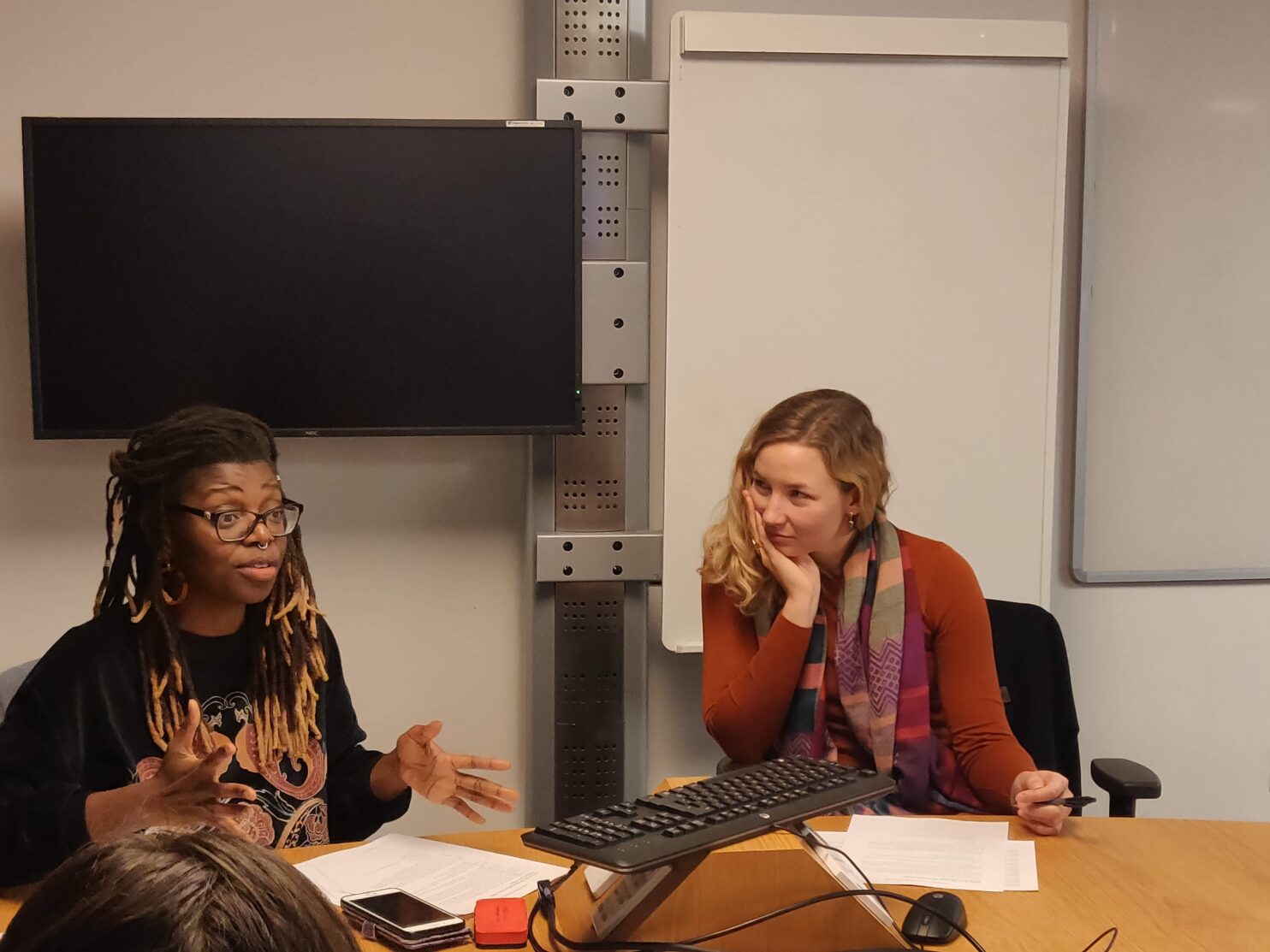